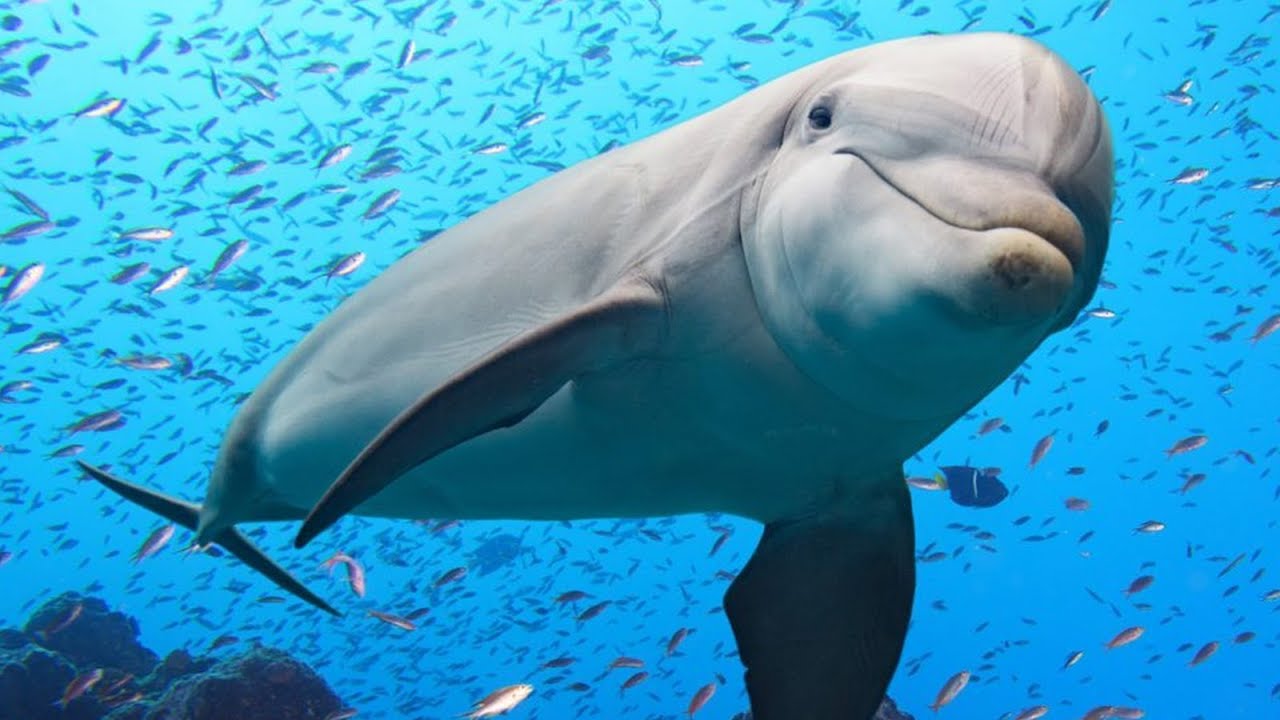 Enjoy Whale And Dolphin Watching With Us

The Canary Islands,
a largely self-governing community of Spain, form an archipelago in the Atlantic Ocean.
Gran Canaria is one of the main islands, and the surrounding ocean is home to numerous species of cetaceans, whales and dolphins.
From 79 species in the world , 29 are said to be found in Gran Canaria.
You can thrill to spotting them by embarking on one of our dolphin boat trips from the island.
Several of the species most commonly seen off the coast of Gran Canaria are described below.

Dolphins and whales are among several species that make use of echolocation to locate their prey and other objects under water. Bottlenose dolphins for example make up to 1,000 clicking noises per second.
These sounds travel underwater until they meet up with objects, then bounce back to their dolphin transmitters revealing the location, shape, and size of the object.

The common dolphin is a seasonal swimmer off Gran Canaria.
This species comes in two forms, the short- and long-beaked common dolphin.
Common dolphins are often found in large groups (called pods) of hundreds or even thousands of individuals.

One year-round species off Gran Canaria that you will see is the bottlenose dolphins.

You will immediately recognize this smiling dolphin as the charismatic star of aquarium shows, but what a pleasure to see these sleek swimmers in the open sea where they can exceed eighteen miles (thirty kilometers) an hour.

Another seasonal visitor off Gran Canaria is the Atlantic spotted dolphins.

This species may be an intermediary between the bottlenose dolphin and the pantropical spotted dolphin.

As the name suggests, many individuals, though not all, are patterned with spots

The striped dolphin is another seasonal arrival off the coast of Gran Canaria.

Because striped dolphins can move very rapidly to avoid boats, they are often called streakers.

so you are very likely to spot it.
It’s quite primitive-looking, getting its name from the odd way its teeth are constructed.
These teeth are covered with fine vertical wrinkles, but these are not visible on live animals at sea.

Some distance away from the coast of Gran Canaria you may spot Short-finned pilot whales.

Its label is somewhat of a misnomer as the short-finned pilot whale is actually a relatively large member of the dolphin family (Delphinidae).

You will easily recognize one by its massive head and prominent rounded forehead.
They hold the Guinness Book of Records for having the largest brain of any creature known to have lived on Earth.

The bryde's whale can be seen at some distance from the coast of Gran Canaria.

The name is pronounced "broo-dess," after Johan Bryde ("broo-dess") who helped establish the first whaling factory in South Africa at the beginning of the twentieth century.
The Bryde's whale can be identified by the three ridges running parallel on its head and by the forty to seventy pleats on its throat which enables its mouth to expand when feeding.

The loggerhead turtle is the second largest species of marine turtle and the one you are most likely to see.
When you spot one, you will probably notice that it is encrusted with barnacles and other organisms.

Underneath all of this encrustation is a reddish-brown carapace (shell).
Booking Your Boat Tour with Gran Canaria Boat Trips